Recently I setup a few of the computers from my retro computing collection. Along with the Amiga 2000, Apple IIc, and Macintosh Plus was the Atari 800XL.

I’ve not used it all that much and thought it deserved a little hands on time. When I acquired it I also purchased a 5 pin DIN plug for the video jack on the rear to bring out stereo RCA audio (although it’s just mono) and s-video. I was puzzled when I plugged it in and turned it on to find that the video was only in black and white. I switched to the RF modulator and saw color so I knew the computer was working fine. I searched and discovered that some (maybe all?) Atari 800XL’s have provisions for s-video, namely separated luma (brightness) and chroma (color) but Atari neglected to connect the chroma to the plug. This explains why the image has no color. 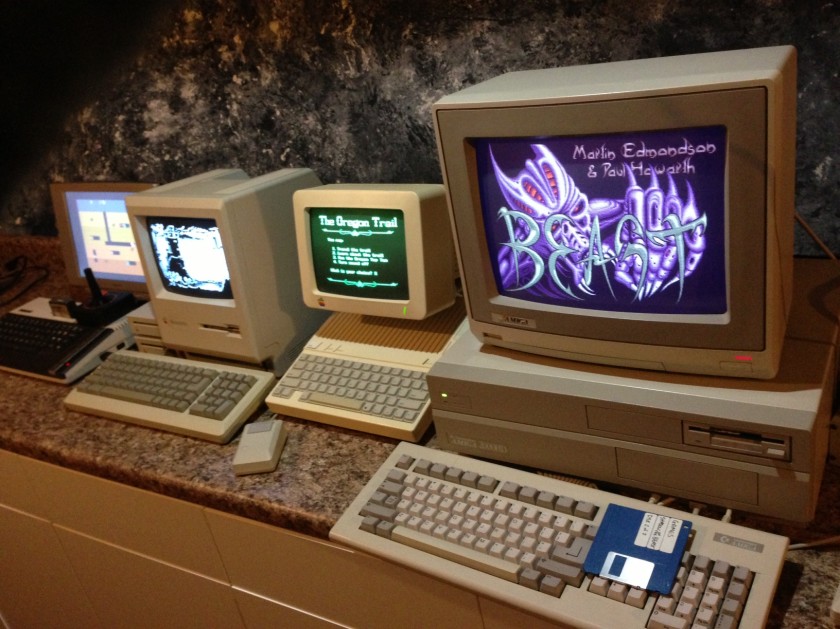 I searched and was surprised that I didn’t find all that much information on the subject. One site called the seemed to have the most information but I found the directions confusing and images that were hard to see. I kept searching and found a clear forum posting on AtariAge (post #8), also summarized below. 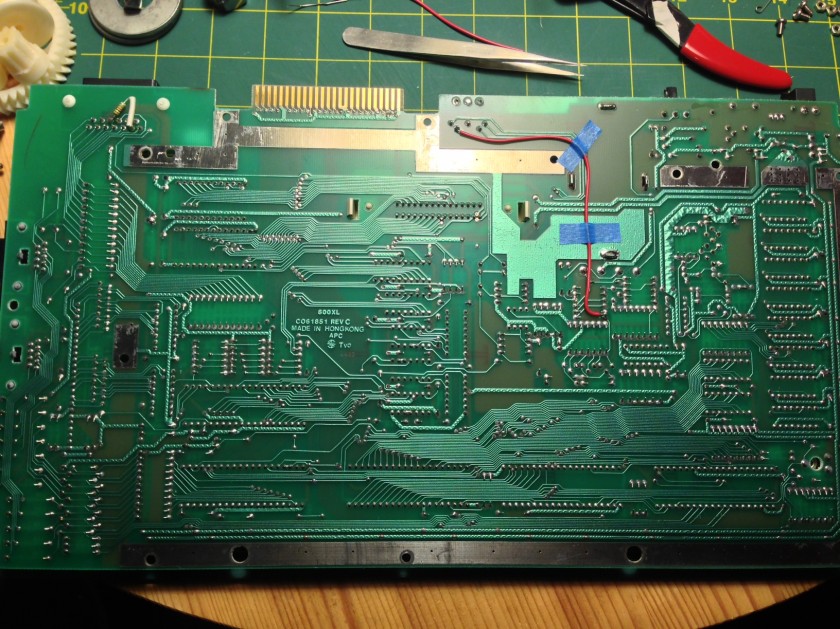 With those small changes, I now have crisp s-video output from my Atari 800XL to an LCD monitor. The picture looks fantastic!